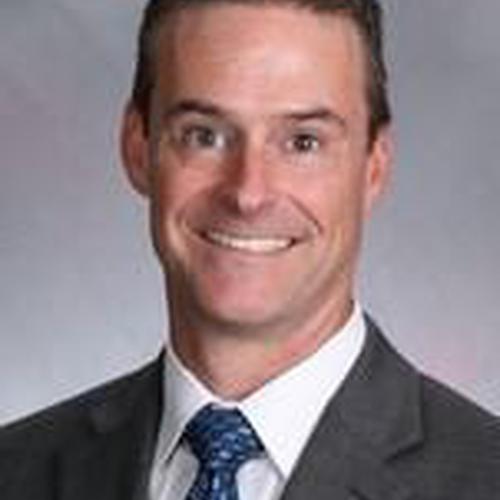 Talks covered by this speaker

Have you got yours yet?

Our All-Access Passes are a must if you want to get the most out of this event.

Matt Kingsley has spent 15 years as a member of James Jones’ staff, including the last seven as the Associate Head Coach.

Kingsley has played an integral role in the most successful stretch in the long history of Yale Basketball. Over the last seven years, the Bulldogs have won 143 games, the most of any Ivy League school by a significant margin, posted a 72-26 Ivy League mark, earned three NCAA Tournament berths and won four Ivy League championships.

In 2019-20, Kingsley helped Yale to 23 victories, tying the 2015-16 team for the most in the modern era of Yale Basketball, and an Ivy League championship for the fourth time in the last six years. The Bulldogs were set to play in the NCAA Tournament for the second straight year before it was canceled due to the COVID-19 public health threat.

Kingsley also was instrumental in a memorable 2015-16 season when Yale won 23 games, captured a second straight Ivy League title with a 13-1 record, matching the 1961-62 team for the best in school history, and advanced to the NCAA Tournament for the first time in 54 years where the Bulldogs upset Baylor for the first NCAA victory in school history.

Kingsley has helped devise a scheme that has transformed Yale into one of the most potent offenses in the nation. In 2019-20, Yale set a school record with 265 three-pointers and were 26th in three-point field goal percentage. In 2018-19, the Bulldogs were eighth in Division I in assists per game, ninth in field goal percentage and 25th in points per game. In addition, Yale has led the Ivy League in assists in each of the last six years.

In his time at Yale, Kingsley has recruited and mentored three Ivy League Players of the Year - Justin Sears, the first back-to-back (2015 and 2016) winner in school history, Miye Oni in 2019 and Paul Atkinson in 2020 – and two Ivy Defensive Players of the Year – Reggie Willhite in 2012 and Jalen Gabbidon in 2020. Additionally, 16 Bulldogs have earned All-Ivy recognition under his tutelage, including 10 first team selections.

His work has not gone unnoticed. Following the 2020 season, he was named one of 50 impactful mid-major assistants by Silver Waves Media. In 2016, he was selected a Top 25 Mid-Major Assistant Coach Recruiter by CoachStat.Net. “It's an understanding of recruits and their families that drives this straight shooter. Avoiding talk without substance, recruits appreciate his genuine approach," the CoachStat site wrote.

In addition to success on the court, the Bulldogs have excelled in the classroom. Two student-athletes – J.T. Flowers in 2018 and Matt Townsend in 2015 – during his tenure were named Rhodes Scholars. Townsend also was selected as the Men’s Basketball Academic All-American of the Year in 2015-16. In addition, Yale has earned an NABC Team Academic Excellence Award in each of the last six years.

Kingsley began his tenure at Yale as a volunteer, third assistant and worked his way up to Associate Head Coach.

Prior to coming to Yale, Kingsley was the associate head coach at Eastern Connecticut. During his tenure at Eastern, Kingsley helped the team improve from 7-19 in 2003 to 14-12 in 2004, including a school record eight conference wins. At Eastern, Kingsley worked under head coach Bill Geitner, who has guided the Warriors to a Little East Conference Championship and an NCAA Sweet 16 appearance.

Prior to serving at Eastern Connecticut, Kingsley was a post graduate men's basketball coach at Saint Thomas More School in Oakdale, Conn., where he worked for legendary head coach Jere Quinn. In 2001, he helped coach the team to a 31-3 record and the New England Prep School Class A Championship. He also spent one season as an assistant coach at Clarkson University where the team had the second most wins in school history and earned the first post-season berth in school history.

Kingsley is a 1998 graduate of Wesleyan University where he was a standout for the basketball team. His 191 three-pointers still ranks first all time in school history and his 1,176 points was second all-time when he graduated and currently stands fourth all time. He also served as a team captain.

Off the court, Kingsley serves as a Fellow of Ezra Stiles College in the Yale residential college system and has served as a first year advisor for student-athletes in the college.

He resides in Hamden, Conn., with his wife Makaela and their two children – Amelia and Eli.

Your logo could go here!

If you'd like to get your brand in front of attendees following the categories this speaker is talking about (on this page, via email and during each talk) contact us.
We use cookies This website (and some of its third-party tools) use cookies. These are important as they allow us to deliver an exceptional experience whilst browsing the site.